We study a model for a nonlinear mechanical oscillator, relevant to the dynamics of micro- and nanomechanical time-keeping devices, where periodic motion is sustained by a feedback force proportional to the oscillation velocity.  Specifically, we focus our attention on the effect of a time delay in the feedback loop, assumed to originate in the electric circuit that creates and injects the self-sustaining force. Stationary oscillating solutions to the equation of motion, whose stability is insured by the crucial role of nonlinearity,  are analytically obtained through suitable approximations. We show that a delay within the order of the oscillation period can suppress self-sustained oscillations. Numerical solutions are used to validate the analytical approximations.

This paper, by D. H. Zanette, is licensed under the Creative Commons Attribution License 3.0. 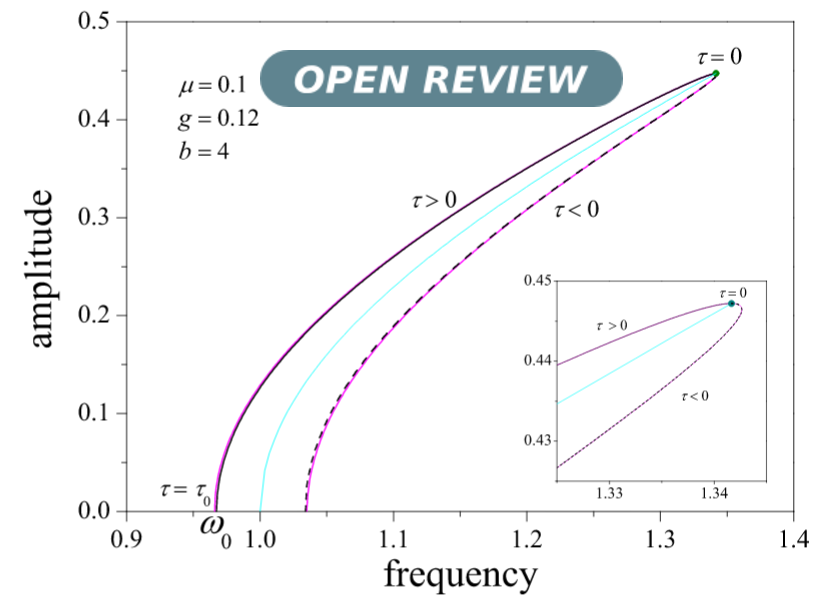 All material published in this site is licenced under a Creative Commons Attribution 4.0 License.